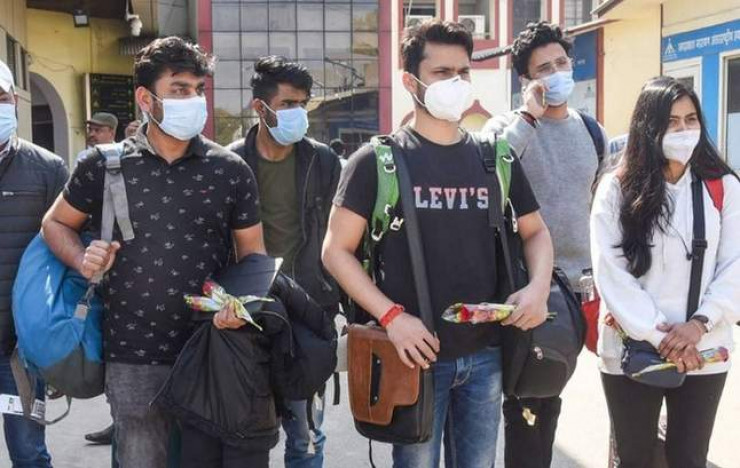 New Delhi: The dilemma for the Indian students who were studying in Ukraine continues. Now several Russian universities are offering help to continue their medical education. During the last sharing in the Supreme Court, the Indian government said that the case of these Indian students of Ukraine was under consideration. Around 20,000 Indian medical students who had been studying in Ukraine are under immense stress due to the uncertainty over their future due to the conflict between Russia and Ukraine which started early this year.

Russian universities have now come forward offering them admission to help them complete their medical studies.

The Russian Education Fair 2022 has begun in the national capital where the Russian house has set up a help desk and a stall to provide counselling to Indian students from Ukraine.

Faiz and Priyanka were students at Vinitsia Medical College in Ukraine. The second-year students had returned to India post the Russia-Ukraine conflict early this year.

Faiz says, "When I came back, there was no answer to our concerns and even till today, there was no hope left for us. But finally, Russian universities are offering us admission to continue our course. Hopefully, we will become good doctors."

Another student, Priyanka, says, "We were extremely stressed in concern over our future. But now that Russian universities are offering us admission, we are trying to pass this message to all our friends who were studying along with us in different universities in Ukraine."

She said that this was a tough time for the parents as well as they were concerned that all they had invested in their children had been wasted. But now there's a new hope.

Roman Babushkin, Deputy Chief of Mission, Russian Embassy, had earlier said in June that Russia was ready to accommodate Indian students who were studying in Ukraine.

Russian universities and their representatives have set up a help desk at the Russian House in New Delhi to help those Indian medical students.

These universities are also offering special discounts on tuition fees and hostel accommodation for the special case of Indian medical students.

The conflict between Russia and Ukraine has put the future of 20,000 students in uncertainty.

The help desk at Russian House will be attending to the queries of all Ukraine-returned medical students of India.

The Government of India and the National Medical Commission have yet not reached any conclusion on how to help these students. However, Russia offering them admission for further studies comes as a big relief for them.

"India and Russia have a very strong relationship and we do understand the apprehension of those medical students. We will try to absorb all the students in the Russian universities according to the criteria," said the Director of Russian House, Ossipov Oleg.

"At the moment we are working on to absorb 6000 to 7000 Ukraine return medical students of India in the Russian universities," says Professor Sayyed K Washim, Chairman of Rus Education, who works with several universities of Russia.

Mari State University has announced the decision to accommodate 3000 Ukraine-returned Indian medical students in their university.

Professor Mikhail from Mari State University told India Today, "We are considering to absorb 3000 Ukraine-returned students, along with offering them special discounts on tuition fees and the hostel accommodation."

The professor said that they would arrange for special examinations and free-of-cost extra classes for those students to cover their backlog.

The transfer of these Ukraine-returned Indian students to India has been a key concern. However, the National Medical Commission says in their Frequently Asked Questions that they have no objection to Ukraine-returned medical students.

Several universities in Ukraine have assured their students that they would soon provide the transcript ensuring their admission to other universities in the digital format or as a hard copy.