JEE Main 2023: Exam dates are to be released next week, says NTA official

JEE Main 2023: Exam dates are to be released next week, says NTA official

JEE Main 2023 notification will include registration commencement dates and application forms along with other details. 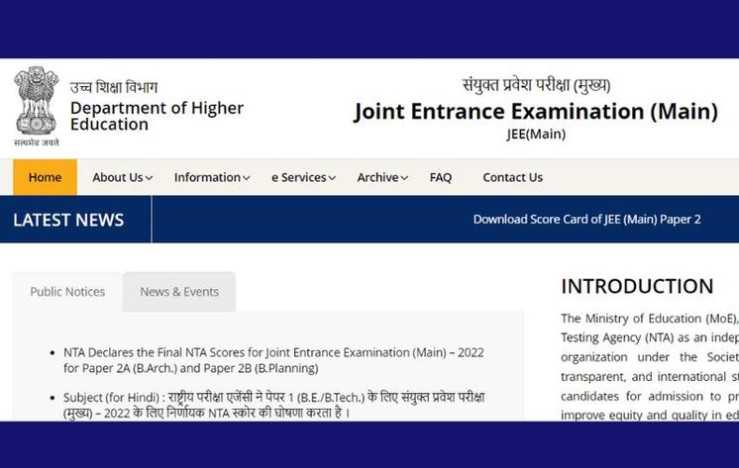 While there is speculation that the engineering entrance exam will be conducted in the month of January next year, several students have been urging NTA to hold the exam in April 2023. #jeemainsinapril was trending on Twitter.

JEE Main 2023 exam is expected to be held twice this year too, the first phase in mid-January and the second phase in April.

Recently, a fake notice was making rounds on social media claiming that JEE Main 2023 session 1 will be held from January 18 to 23 while session 2 will be conducted from April 4 to 9. The fake notice also announced JEE Main 2023 registration dates and said that candidates can apply for session 1 through online mode from November 16, 2022, to December 31, 2022, up to 5 pm. Candidates can make fee payments online till December 31, 2022, at 11:30 pm, it said.